With the turning of the calendar to July, I found my daily Read the Bible in a Year assignment moving to the pages of the Book of 1 Chronicles.  If you haven’t read through the Bible, you might think 1 Chronicles (and 2 Chronicles) is just another book.  If you have read through the Bible, you already know why I am mentioning it.  After having made it through king after king in the Books of 1 & 2 Kings, you are greeted in the Book of 1 Chronicles with 11 straight chapters of pretty much nothing but genealogies.  Now, I am as big a fan of genealogies as the next person but what makes it even more difficult to read is that this is ground that has already been covered elsewhere in the pages of the Old Testament. 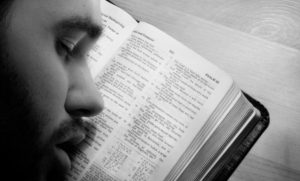 I was thinking about this a few days ago when a thought popped into my head.  Surely, I am not the only one who thinks this situation is, dare I say it, boring.  Why would God in His infinite wisdom inspire the author of 1 Chronicles, most likely Ezra, to repeat these genealogies?  I also began to question what the purpose of 1 Chronicles was and is.  What I discovered by questioning these things led me to some answers that radically changed my perspective about this book and affirmed my faith in God that He has been and continues to work out His purposes in the world.

Far from being a boring repeat of what has just been reported before, the Book of Chronicles is a rich “retelling” of the History of God’s People, Israel with an emphasis upon 2 key areas:  The Davidic Kingship and the Priesthood.  The account of these subjects and all the details which describe them are carefully placed and retold from different angles.  This time, the telling doesn’t focus on David from the standpoint of being a flawed individual but rather as the vessel through whom the King of Kings, Jesus would come.  This time, the focus of the Priesthood isn’t so much on the grotesque features of animals being killed but upon Temple, but rather as the place where heaven and earth come together and where God promises to meet His people.

Chronicles is the same story with the same characters but it’s a different story, one that points to the future with a bit of mystery as to how God’s great world would conclude.  Perhaps the most intriguing part of Chronicles is the way 2 Chronicles ends.  The Israelites are now in captivity of the Babylonians, but the Babylonians are defeated by the Persians.  Cyrus, the king of Persia, pronounces a message that was prophesied by Jeremiah and that was coming from the LORD.  Cyrus will now permit the Israelite people to return to their homeland and even rebuild the temple.  The book ends with what appears to be an unfinished thought:  “Whoever there is among you of all His people, may the Lord his God be with him, and let him go up!’”

Much more could be said about the unique nature of this book(s) but hopefully you get my point.  The pages of the Bible are filled with insight and information that often needs to be mined out, much like what one would do with gold.  Another thought that I hope you get as well:  don’t be afraid to admit that parts of the Bible don’t make sense or maybe even seem boring.  We usually see things we don’t understand or appreciate as boring, until something happens to change our perspective.

So, armed with a fresh perspective, I am eagerly approaching my daily reading instead of dreading it because it was boring.  God is good!