I have been driving for 46 years.  I vividly remember going to the DMV back in the day and picking up my little booklet that I saw the doorway to freedom.  I knew I was going to have to pass a written exam based upon the contents of this book and so I knew I couldn’t ignore it.  Back in those days we took Driver’s Education classes during the school year and it was there that I got really acquainted with Elmond Velvick.  I actually knew him at a certain level because he was a member of the Church I grew up in and his wife had previously been my 8th grade Government teacher.  I will never forget what Mr. Velvick said on the first day of Driver’s Ed.  He insisted that all of us thoroughly read the handbook provided by the State of Kansas and his first lesson emphasized a very critical point that the book made.  The very first sentence in the preface of the handbook said:  “Driving is a privilege, not a right!” 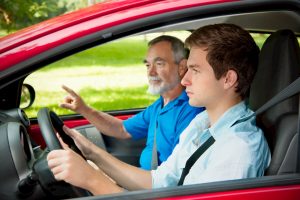 He was very clear in his presentation regarding what that meant and that it was going to be on the exam provided by the State as well as his exams.  Frankly at age 15 I didn’t really see what the big deal was but I figured I could remember it for the test and its definitely going to be on the test so whatever.  What I didn’t know is that he was going to preach sermons on this concept virtually every class and at the beginning of every driving session.  He would particularly emphasize the point when I was driving in a way that I guess he thought I needed to be reminded.

Some of the occasions which would prompt his reminder is:  not using your turn signals, tailgating the car in front, not checking rear mirrors as frequently as I should and the use of headlights.  The times when I was acting like I owned the road and that I was the only one on the road were the times I finally figured out were the catalyst.  46 years later, I am still thinking about it!

You may or may not be be happy to know that this concept of driving being a privilege and not a right is not exclusive to the State of Kansas.  I looked it up this morning and sure enough, the preface of the latest  Mississippi Driver’s Handbook mentions a similar truth in the very first sentence!  If you have been out on the road lately you might agree with me that either some of the drivers didn’t read that page when learning to drive or have just simply forgotten it!  Actually I wonder if the root cause of what is referred to a “road rage” doesn’t come simply from forgetting or ignoring this presumptive truth.

Presumptive truth is a powerful force.  All of us have some form of presumptive truth and much of the conflict and struggle we face has humans in general and Christ-followers in particular can be traced back to it.  For example, if you believe that God is Good it is naturally going show up in your values and attitudes.  If you are seeing the resurrection of Jesus only in terms of your final eternal home and not in terms that because He has defeated death He is the Lord of the world and that believing that opens the door for us to experience and explore the biblical reality that we are His new creation, it is definitely going to impact every dimension of your life!

This is part of the reason why theology or the study of God matters.  That one believes in God is important but additionally important is “what” ones believes about God!  The conclusions you draw from your discovery will form the basis of the presumptive truth that will guide every day of your life.  This is  kind of a big deal!  I have the joy of teaching and encouraging God’s people to learn and to challenge the presumptive truth they have developed about God, Church, the World, everything!  I have been blessed to have had great teachers and mentors to help me not only develop a biblical storehouse of presumptive truth but also the presumptive truth of grace and need for humility as I as a human seek to understand the infinite being we call God.  Part of what has helped me is being made to feel free by those who have helped shape my views to explore, challenge, question and even argue a bit when trying to think more deeply.  I am eager to extend that grace to all who are eager to go deeper in their development of presumptive truth.  We seek not the goal of simply being smarter which could lead to pride but rather the goal of wisdom which will help guide our steps in the ways of the King until He comes again!