One of the dreams of actors is to be cast in a role where their portrayal of their character is unique, even iconic.  One of nightmares of actors is to be so well known for a particular role that they become what is referred to as typecast.  They were so good at that one role we can’t see them as anything but that character.  As I was thinking about this, a few actors came to my mind that I think probably are typecast.  A couple who I thought of (which will probably date me) are:  John Wayne and Clint Eastwood.  Could you imagine either of them in a romantic comedy, murder mystery or musical?  But if you need the epitome of a cowboy or tough guy, these two have you covered.  This was so true with Clint Eastwood that for many years he stepped away from acting and stepped into the Director’s chair.  It is in this role that his success became even greater.  He has won multiple academy awards for directing and his directed several movies that won best actor and best movie awards.  Who would have ever thought that such a tough guy could direct such a diverse number of movies.  Today, he is known more for his directing than his acting! 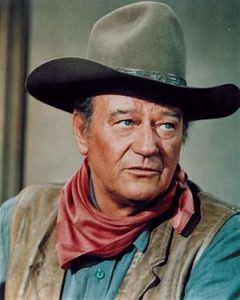 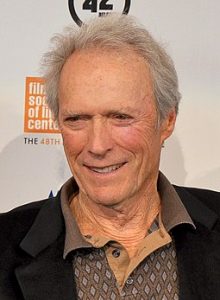 Lately I have been spending lots of time in prayer and thought concerning the roles people function in within the Church.  As you know, we are being challenged by our leadership to discover places where each of us would find our role in the ministries of the Church.  To that end, I have been trying to figure out where people might best be equipped to serve.  This has been particularly challenging because of covid.  I haven’t been able to rub shoulders with folks in order to help me figure out their best places to serve.  I have been talking to people and occasionally I will ask someone who is very close to another person but I don’t really know yet:  what do you think they might be good at?

In the Church, certain people get typecast as the teachers, the children’s people, the technical people and so forth.  Sadly, some people get typecast as not wanting to be involved or even caring.  In the average church there exists an untapped resource of people who either we don’t know well enough to confidently encourage them into serving in new or different areas or we see them with tunnel vision which prohibits us from seeing them in a new way that could in fact be a game-changer in their life and in the Kingdom!  Read that sentence again!

I would not be a preacher today if not for the fact that a wise man about 40 years ago asked me if I had every thought about serving God by being a preacher.  The question came at a time in my life when what I was convinced God wanted me to do with my life seemed to not be what I had hoped.  I was very frustrated and scared.  When he suggested being a preacher I thought there is no way!  I thought being a preacher would be boring and my life would be dull.  My life has been nothing like that at all!  What was unimaginable is now my daily joy!

Some of you heard me encourage the congregation last night at my Discipleship Training Course to consider completing a Spiritual Gifts assessment.  I put a link to such a resource on the church’s Facebook page this morning.  This tool is designed to point people in the direction where they have been specifically gifted by God, the Holy Spirit.  Some of you have already completed it and have shared with me the findings.  Some had there current path confirmed and others have been challenged to consider some new things because they discovered something they hadn’t considered.  That is pretty awesome when you think about it.

You should know that today I can’t picture myself doing anything else other  than being a preacher.  But, it wasn’t always like that.  Maybe the greatest joy in your life and your greatest impact for the King is just around the corner and might sound a bit odd or that its coming from out in left-field.  Take a step back to think and pray.  Something that you couldn’t imagine doing could actually be like that.  You can’t imagine it but God has already put it in place by gifting you when you chose to follow the King.

As always, I am happy to talk with you about all this and show you some tools to help you find your place in the Son.